Guide To The Graph: What Is GRT?

The Graph Network is an exciting web 3.0 project that offers robust use cases such as decentralized data indexing and efficient access to on-chain data for decentralized applications. 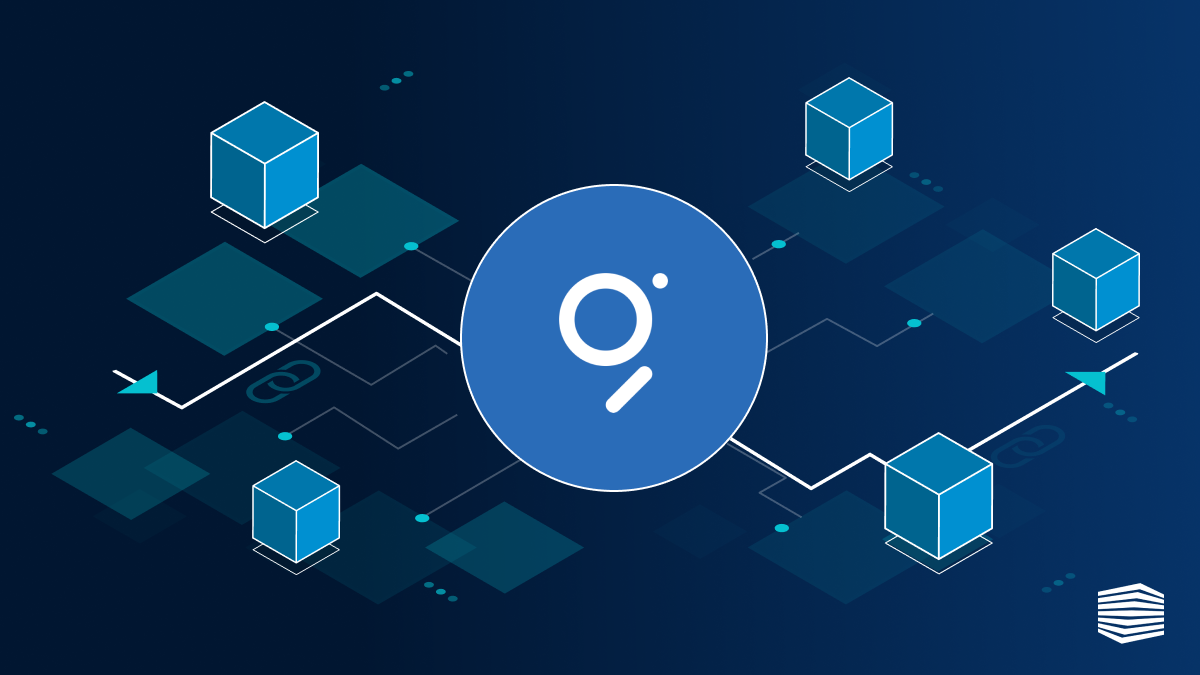 The Graph in a nutshell

So a different, decentralized approach was necessary to access on-chain information on blockchains such as Ethereum. Unfortunately,  the raw data exists in an un-indexed form, which makes it hard to query. Therefore, it takes longer for smart contracts to find the correct data. The Graph aims to offer value to blockchain networks by providing an effective solution for properly accessing  indexed on-chain data.

The People Behind The Graph

The Graph was founded by Yaniv Tal, Jannis Pohlmann, and Brandon Ramirez. The three men previously collaborated at multiple startups where they found themselves wondering why developer tools were so challenging to make. They eventually realized that it was due to overreliance on centralized databases.

Started in January 2019, The Graph has grown from an initial seven application partners at launch to hundreds that include Uniswap, Decntraland, Synthetix, and more.  By June 2020, they also secured up to $7.5m in total funding.  Some notable investors for the Graph (GRT) include Multicoin Capital, Coinbase Ventures, Digital Currency Group, and AU21 Capital.

History of The Graph (GRT)

Companies like Microsoft, Alphabet, Facebook, Amazon, and Apple own centralized databases for most of today's apps. Unfortunately, this approach has some challenges, such as the poor handling of data by such big companies.

Another major problem is that any changes made to data might have massive consequences, especially for the developers and entrepreneurs using this data and/or these platforms to build upon. The major companies have thus resulted in data silos, which make it incredibly challenging to create powerful applications.

Lastly, the three founders encountered another challenge after they started making smart contracts on Ethereum. While blockchain data is easily accessible for developers on the Ethereum network, digging for the right information is complex and would subsequently slow down apps. So they came up with the idea of creating The Graph as a data-indexing protocol for the Ethereum network and later, Filecoin's IPFS.

The core team behind The Graph went on to found Edge & Node, a company that focuses on the core protocol as well as overall ecosystem development for The Graph. Recently, two further teams emerged to collaborate on core protocol development, namely Streaming Fast as well as Figment Networks. This makes The Graph the first network to have multiple core dev teams.

How Does The Graph Work?

Smart contracts are the backbone of decentralized applications (dApps). They work together to facilitate several actions when various stipulated conditions are met. Ethereum is home to most of the dApps that exist today, and the biggest of them are DeFi giants such as Aave, Uniswap, and MakerDAO.

It's important to note that most of the dApps run on the Ethereum blockchain, which also stores most of the generated data. The Graph is the decentralized protocol that allows developers to access the on-chain data required by dApps by indexing blockchain data from networks like Ethereum and Filecoin. The data is then grouped into open APIs called subgraphs, making it incredibly easy for developers to query. It accomplishes this by serving as the layer that queries data from the blockchain and relays it to the dApp.

The platform is built using a bespoke querying language called GraphQL. Decentralized app developers can leverage The Graph Explorer to quickly find the data necessary for their dApps to function as intended. When a developer issues a data request, indexers on The Graph blockchain select the appropriate subgraphs based on a curation signal to access the data. Curators provide this signal and are also responsible for developing subgraphs, as well as evaluating their quality.

Network incentives and the GRT token

An incentive mechanism is vital for any blockchain network to encourage participation, and it also provides an opportunity for a protocol to achieve sustained profitability. The Graph ensures this by providing several ways for anyone (non-technical and technical individuals) to contribute to the open data economy. There are four main network roles available for community members: Indexers, Curators, Delegators, and Consumers.

Indexers, such as Staking Facilities, are technical individuals who act as node operators by staking GRT tokens which provide indexing and processing services for the network. The indexers set the rate for every query, and users can pay with DAI or ETH for every query used on The Graph. In addition, there are inflationary indexing rewards provided to indexers. Indexers share profits with their delegators by charging a commission fee of their services.

Curators use their knowledge of the blockchain ecosystem to signal via their staked GRT which subgraphs (i.e. open APIs) should be indexed.  Curators help ensure that they provide the highest-quality data to indexers by staking their GRT on a subgraph bonding curve, which is the curational signal that indexers use to decide which subgraph to index on. Note that the bonding curve gives curators the incentive to stake their GRT coins on a new subgraph if they believe it contains top-quality data. Likewise, indexers are incentivized by earning a share of the query fees. The protocol also ensures that curators are incentivized to continue staking through a tax charged when they withdraw their stake. It's important to note that there is also a 21-day unlock period for any GRT assets staked by delegators, indexers, and curators.

Delegators are those who want to contribute to network security, however don't want to act as a node operator. By staking the GRT token, delegators make it easier for the protocol to determine the best indexers when accessing the correct data for developers. In addition, delegators earn indexing rewards and a share of the query fees collected on the protocol. It's important to remember that indexers are required to stake GRT to make sure that they perform their job correctly. The system punishes them by slashing their staked GRT when they misbehave or provide the wrong data.

Consumers refer to the end-users of The Graph. This segment relates to the developer or the projects themselves that query subgraphs and pay query fees for their decentralized app to the rest of the network. Similar to how centralized apps will bake in the cost of their cloud service like AWS to the user, some projects may pass on their GRT query fees to their users or bake in the price into their products fees.

GRT, The Graphs’ native token, is an ERC-20 native work token used to pay for the data queries and helps incentive node operators on the Graph Network. It has a market cap of $4.4m with 4.27 billion tokens in circulating supply at the time of writing (Aug. 2021). The token has an annual inflation rate of 3%, which flow towards indexing rewards. However, it also has a burning mechanism that burns 1% of all query fees on the protocol.

What Are The Use Cases For The Graph?

Ethereum is the premier network that supports the rapidly growing web 3.0 ecosystem and catalyzed The Graph's creation. However, the project aims to provide blockchain data indexing services on other blockchains, which means it might experience significantly more usage in the future. So far, the protocol has been adopted by multiple different platforms, including Aragon, Balancer, DAOstack, and more.

The Graph Network also launched its first decentralized application, Everest, a universal registry for crypto projects. If the protocol and its dApp are extended to other blockchain networks and applications, network usage and demand for GRT tokens will be enhanced.

By providing indexed and hence queryable blockchain data, open and accessible to anyone, The Graph has a clear product-market fit for anyone looking to build upon the indexed blockchains and /or anyone looking to leverage this data in one way or another, e.g. through building dashboards etc.

One of the main highlights about The Graph's Ecosystem is the Graph Explorer, which highlights the available subgraphs. The segment is neatly organized to make it easy for dApp developers to select their preferred  subgraph. It ensures this by providing vital information about each subgraph, such as the type of subgraph, the network it supports, signal, amounts already staked, and most importantly, the amount they will pay in query fees.

The protocol also features the Subgraph studio through which dApp developers can create their own, application specific  subgraphs.

How To Manage Your GRT

You can purchase $GRT on most top cryptocurrency exchanges, such as Binance, Kraken or Coinbase, among others. You can also access it on some decentralized exchanges such as Uniswap. Non-custodial wallets through which  you control your private keys are the best option for managing your funds.

Fortunately, many wallets such as Metamask support the GRT token considering that it is an ERC20 token. Proper security measures such as having 2FA on centralized exchanges and safely storing your private keys are essential when dealing with digital tokens such as GRT.

If you're interested in staking your GRT or any of your assets, we have this delegation guide that makes it extremely easy for anyone to do so. With staking, you contribute to the network's security and receive rewards in the form of newly minted GRT. However, it's important to remember that your assets will dilute over time if you don't participate in staking but don't take this as investment advice.

The Graph Network is an exciting web 3.0 project that offers robust use cases such as decentralized data indexing and efficient access to on-chain data for decentralized applications. The Graph team found an essential need for all the blockchains that were resorting to custom and unstandardized approaches to querying data.

So far, the demand that the protocol has been experiencing highlights the importance of its decentralized data indexing services and its potential for more growth. With more user adoption across several blockchain ecosystems, we are excited to contribute to The Graph's future.  If you’re interested in more about The Graph please refer to the FAQ section here,access The Graph Delegation Cheat Sheet or visit The Graph subpage on the Staking Academy.