Guide to SOL: What Is Solana?

Solana is a scalable public blockchain that supports the creation of decentralized applications (dApps). 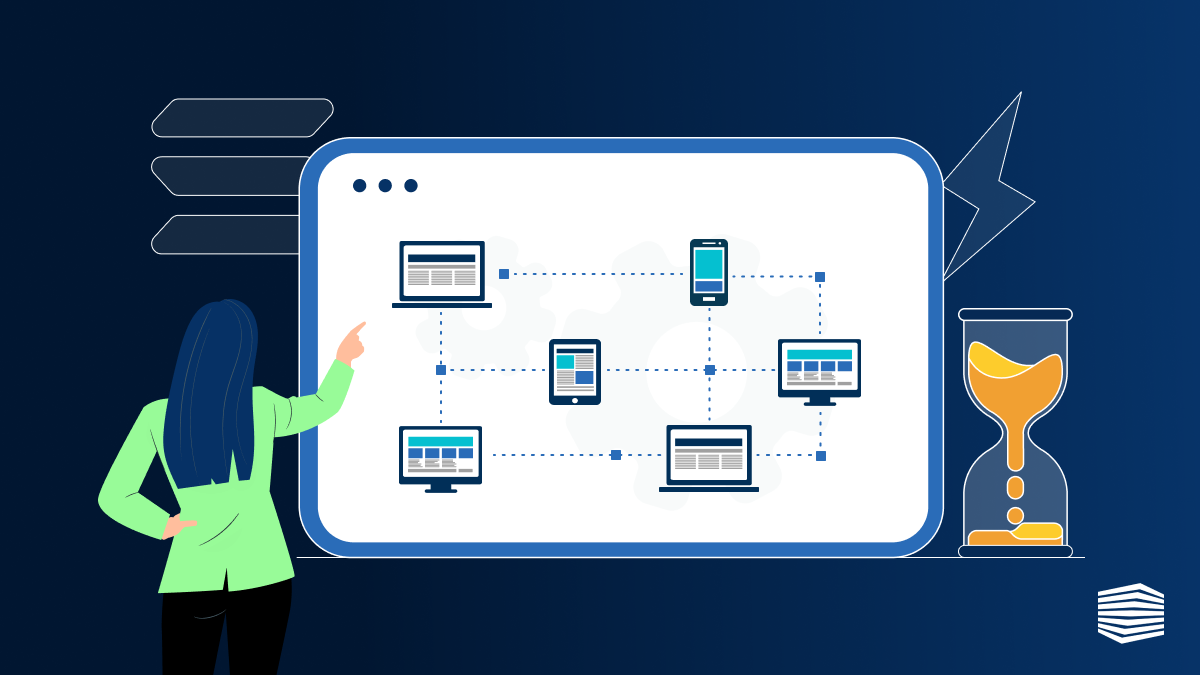 Before we answer what Solana is and why it might be one of the most performant blockchains in the world, we should look into the aspects that make up its development, protocol, and infrastructure.

Time is an important measure that humans use daily. It helps to make sense of things and to have a reference point that lets us determine our productivity. Most of the measurements we take have a time reference, but it turns out many protocols do not factor in time when recording blocks.

Solana is a scalable public blockchain that supports the creation of decentralized applications (dApps). It has an internal decentralized clock that plays a crucial role in how it overcomes the blockchain trilemma, making it the first network to do so.

Solana's founder Anatoly Yakovenko who previously worked at Qualcomm as a senior staff engineer and later at Dropbox as a software engineer, came up with the vision in 2017. He realized the drawbacks associated with the lack of time-keeping in blockchain technology.

Through prior experience with compression algorithms, Anatoly saw an opportunity to create a blockchain protocol with an in-built automated transaction ordering mechanism that is more efficient than the longest-chain approach to transaction validation.

Anatoly developed the Solana blockchain together with Greg Fitzgerald and Stephen Akridge, his former colleagues at Qualcomm. They launched Solana Labs, through which they raised funds for developing the Solana network. They managed to raise more than $20 million by July 2019 through the private sale of tokens. Solana Labs launched multiple testnet stages by early 2020 before launching the beta version of its mainnet in March 2020 after a $1.76 million public auction of its token on Coinlist.

Solana's mainnet beta launch introduced smart contracts and basic transaction support. While Solana Labs has made significant contributions to the project's development, there is also the Solana Foundation, which contributes to community building and funding ongoing developments.

Solana managed to attract significant funding from individual and institutional investors. Some of its most prominent individual investors include Lyndon Rive, the CEO and co-founder of SolarCity, Sam Bankman Fried of Alameda Research, and Kevin Rose, a notable serial investor in the technology investment segment.

As of August 2021, Solana has reached the top 10 in market cap, joining other popular assets like Bitcoin, Ethereum, and Polkadot. In addition, the native token $SOL reached new highs of $70, accelerating adoption and usage on several dApps building on top of the Solana blockchain. But before we get ahead of ourselves, let's dig into the consensus model and systems beneath it.

How Does Solana Work

Solana leverages an internal clock to timestamp blockchain transactions. Traditional blockchains do not utilize timestamps as extensively as Solana, and transactions are recorded through on-chain validation. So in some cases, there might be two conflicting chains, in which case the longest chain is selected as the right one.

Solana overcomes the inefficiencies of that approach using an internal clock to timestamp each transaction. However, creating a clock on a decentralized blockchain was no easy feat.

Solana developers leveraged the SHA-256 hashing algorithm used for Bitcoin mining to create their decentralized clock. The Solana blockchain utilizes an optimized consensus mechanism called Proof-of-History that can process as much as 50,000 transactions per second (TPS) with a 400ms block time, an impressive feat for a layer one protocol. The combined approach allows the network to maintain a high level of decentralization without compromising security. In addition, Solana Labs aims to increase throughput proportionally as network bandwidth scales, making the upper limit of the system see 710,000 transactions per second!

What is so special about Solana?

Solana has smart contract capabilities allowing it to support dApps and support the rollout of new cryptocurrencies. It also happens to be one of the most affordable networks as far as fees are concerned.

To put it into perspective, sending 1 million transactions costs as low as $10 on Solana, but it would cost more than $300,000 to send the same amount of transactions on Ethereum.

Solana can achieve the above impressive feat thanks to Proof-of-History (PoH), an essential component of its internal synchronized clock. Combined with Tower BFT, a PBFT-like consensus algorithm, made to take advantage of the synchronized clock. The Tower BFT uses Solana's PoH as its cryptographic clock before consensus is reached, which reduces massive messaging overhead and transaction latency.

Leveraging several computational technologies such as The Gulf Stream protocol allows for transaction caching. This transaction forwarding protocol gives validator nodes the ability to execute transactions ahead of time, thus scaling Solana's throughput beyond what other blockchains are trying to recreate.

To become a validator node, you can stake the platform's native $SOL token with no minimum stake threshold.

The lack of minimum threshold requirements for validators is one of the reasons why the network has such a high level of security, transaction throughput and a Nakamoto coefficient of 19 and counting (at the time of writing).

Validators like us fulfill multiple roles on the Solana blockchain, such as, verifying transactions, and creating new blocks.  You can learn more about what we do at Staking Facilities here.

What are use cases for Solana (SOL)?

Solana aims to become a high-performance, decentralized pricing engine to power decentralized finance (DeFi) and web3 applications. The unique approach that Solana has taken towards its development allows it to overcome the blockchain trilemma when other major rivals are still struggling to solve some of the trilemma challenges.

Solana's superior protocol makes it ideal for DeFi projects and projects looking to launch their tokens without creating another blockchain native to that token or cryptocurrency. Its low transaction fees and high throughput make it particularly ideal for decentralized exchanges that have high volume. It's important to note that the high TPS applies to smart contract speed as well.

Besides DeFi, the NFT landscape on Solana is also picking up steam with popular applications such as Audius or Metaplex using Solana’s unique capabilities. Furthermore, gaming is set to be another area for fruitful use cases with projects such as Star Atlas leading the way.

$SOL can also be used for staking, so that you as a token holder can earn additional rewards on your funds. If you are looking to hold your tokens, staking your crypto is a good option. To learn more about staking, read our guide.

Focus on the Solana ecosystem

Solana has so far handled more than 24 billion transactions since its launch and counting. It currently has a block time of ~600ms, and its average transaction fee is $0.00025. It has become home to many projects that include decentralized crypto exchange Serum, yield aggregators such as SolFarm, decentralized fantasy sports platforms such as Fantasia, and crypto-wallets such as Solflare.

The above are projects that leverage the Solana blockchain, highlighting just how popular the network has become so far.

Solana's native token/cryptocurrency $SOL kicked off with an initial supply of 500 million. However, a significant burn that eliminated 11.4 million SOL occurred after it was discovered that there was a wallet with more than 13.5 million SOL. Four sale rounds involving 36% of SOL took place from 2018 to 2020, through which Solana Labs managed to raise $11.3 million. Roughly 23% of the token's supply was distributed to the Solana Labs team, and 39% of the tokens were set aside as community reserves under the Solana Foundation's custody.

1.7% of SOL was distributed to regular investors through coin listings on exchanges, raising $1.8 million. It is worth noting that 95% of the tokens were unlocked in March this year but surprisingly did not have a significant negative impact on its price.

Currently, half the $SOL used for transaction fees are burned.

Earlier this year, Solana's community members voted in favor of an inflationary approach for $SOL, starting at an 8% annual rate. After that, the inflationary rate will drop by 15% every year until the token's annual inflation reaches 1.5%, expected to happen in 2031. Solana currently has 286 million tokens in circulation and currently has a market cap of $13.38 billion.

How to manage your Solana (SOL)

There are numerous reasons why you might want to consider owning some $SOL tokens. For instance, it will likely continue growing over time to capture more value that will trickle down from all the projects launched on the Solana blockchain. First, however, it would be wise to consider the inflation rate and how it will likely impact the value of SOL.

Staking is another big reason why you should consider owning some SOL tokens. You can stake your tokens to participate in the security of the network, thus allowing you to earn rewards..

We provide a detailed guide on how to stake SOL and become part of the  growing community of SOL holders from all over the world.

Solana is arguably one of the best ecosystems in existence, given its unique approach to some of the challenges that many other blockchains have failed to overcome. It is unique in the context of its internal clock, which helps it maintain a high level of security and speed without any compromise on decentralization,scalability, or composability.

With Solana's innovative approach to scaling, outrageous gas fees and slow confirmations look to be a thing of the past. The rise in the price of the $SOL token, market cap, and trading volume on dApps like Serum is just the beginning as the Solana ecosystem continues to attract a combination of investors, institutions, and developers alike.

Do you have a favorite project on Solana? Let us know. And be sure to check out your project on our block explorer, SolanaBeach. We'll be adding Solana-specific content soon!